The magic of Handel's Alcina can only really be unlocked when certain practices are put in place and this is a phenomenal example on how "tornami a vagheggiar" can (and should) be interpreted. In this performance, Amanda Forsythe adds her quality, expressiveness, and tact to the melody but also leverages the quality of the ensamble to multiply the effect and bring the listener to a whole new level.

In my humble opinion, Amanda supports herself with great attitude on the talents of Artistic Director Jeannette Sorrell, the first violinist, and every single instrumentalist on stage. Clearly a performance one would not want to miss if it were to arrive to your location. 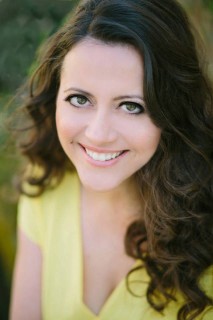 Amanda Forsythe - by A. Doneson

The American soprano Amanda Forsythe, highly praised for her performances on both sides of the Atlantic, sang Euridice on the recording of Charpentier's La descente d'Orphée aux enfers with the Boston Early Music Festival which won the 2015 GRAMMY AWARD for Best Opera Recording. Her highly acclaimed CDs have included her début solo album of Handel arias "The Power of Love" with Apollo's Fire on the Avie label. She recently toured with the outstanding French countertenor Philippe Jaroussky, performing works based on the Orfeo myth, and subsequently recorded the role of Euridice in a new edition of Gluck's Orfeo for the ERATO label.

Equally at home on the concert platform and on the opera stage, in recent seasons Amanda Forsythe's major engagements have included Mendelssohn's A Midsummer Night's Dream with the Boston Symphony under Andris Nelsons and the Los Angeles Philharmonic under Susanna Mälkki, Handel's Sileti venti and Laudate pueri with the Chicago Symphony Orchestra under Nicholas Kraemer,Messiah with Seattle Symphony, Bach's Magnificat and concert performances as Marzelline Fidelio with the Accademia Nazionale di Santa Cecilia under Sir Antonio Pappano. Following performances as Amour in Gluck's Orphée at London's Royal Opera House, she participated in tours of this work, and of Mozart's C Minor Mass and Requiem with the Monteverdi Choir and Orchestra under Sir John Eliot Gardiner. 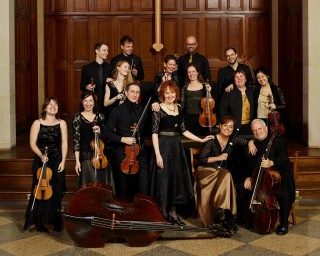 ​Named for the classical god of music and the sun, Apollo's Fire was founded by its Artistic Director Jeannette Sorrell, to revive the baroque ideal that music should evoke the various Affekts or passions in the listeners. Apollo's Fire is a collection of creative artists who share Sorrell's passion for drama and rhetoric.

Hailed as "one of the pre-eminent period-instrument ensembles" (THE INDEPENDENT, London), Apollo's Fire made its London debut in 2010 in a sold-out concert at Wigmore Hall, with a BBC broadcast. Subsequent European tours took place in 2011, 2014, and 2015. European performances include sold-out concerts at the BBC Proms in London (with live broadcast across Europe), the Aldeburgh Festival (UK), Madrid's Royal Theatre, Bordeaux's Grand Théàtre de l'Opéra, and major venues in Lisbon, Metz (France), and Bregenz (Austria), as well as concerts on the Birmingham International Series (UK) and the Tuscan Landscapes Festival (Italy). AF's London concert in 2014 was chosen by the DAILY TELEGRAPH as one of the "Best 5 Classical Concerts of The Year."

North American tour engagements include sold-out concerts at Carnegie Hall (2018), the Tanglewood Festival (2015 and 2017), the Ravinia Festival, the Metropolitan Museum of Art in NY (2013, 2014, and 2015), the Boston Early Music Festival series, and the Library of Congress, as well as concerts at the Aspen Music Festival, and major venues in Toronto, Los Angeles and San Francisco. The ensemble's notable U.S. tours include two major tours of the Monteverdi Vespers (2010 and 2014); a 9-concert tour of the Brandenburg Concertos in 2013; and a semi-staged production of Monteverdi's L'ORFEO in April 2018 (U.S. tour). Upcoming is an UK/Ireland tour in August 2018, including the Wexford Opera House, the National Concert Hall of Ireland (Dublin), and a return to the Aldeburgh Festival.

At home in Cleveland, Apollo's Fire frequently enjoys sold-out performances at its subscription series, which has drawn national attention for creative programming.

Why is it hard to find Paganini played like this?
If you have to do it, do it in the woods!