​Many musicians avoid Paganini because of its difficulty and the responsibility it requires. This however is not the case for Nuné Melik. Paganini is one of the most relevant virtuosi composers for violin and his music does not only requires the skills to play the notes. If you are going to even try to play Paganini, you know you first need the guts and then you need creative inspiration to reveal the music. This is why many avoid Paganini as most musicians tend to play it safe and don't seek to develop their creativity and interpretational skills to be successful.

Nuné on the other hand does, and she does it very very well. 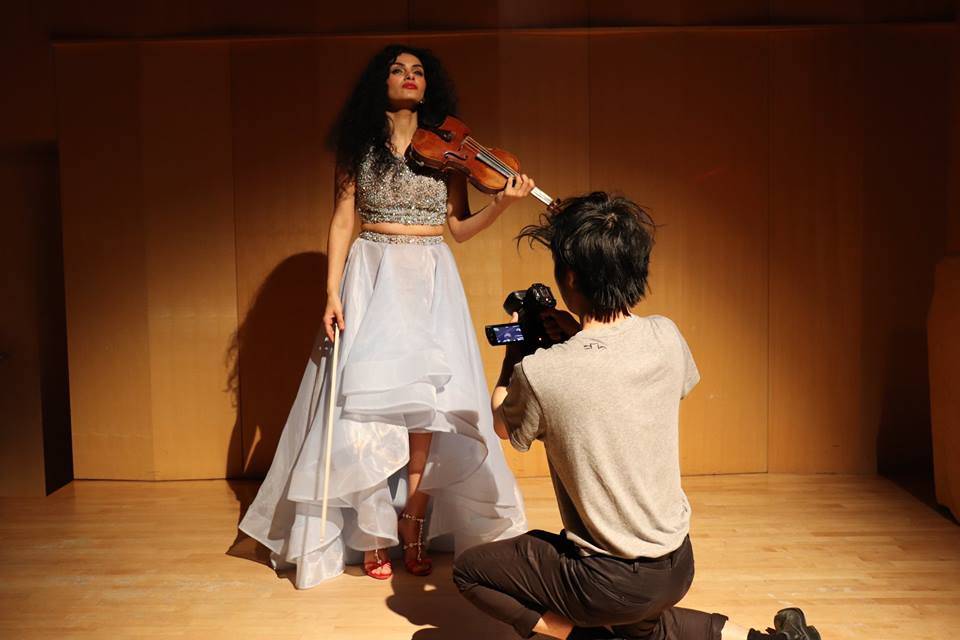 As a soloist and chamber musician, Nuné has performed throughout Russia, Canada, the United States, Germany, Denmark, Italy, France, and Armenia. She has collaborated with Konstantin Orbelian, Nurhan Arman, and David Gilbert. Nune` has also appeared as a soloist with the Sinfonia Toronto, Senior Orchestra of New York and Moscow State Chamber Orchestra. Since 2015, Nuné Melik has held an Artist-in-Residence position in the Miami Chamber Orchestra.

Exploring new repertoire since 2010, Nuné advocates and promotes the music of her heritage. A specialist within the music of the Caucasus, she has performed and lectured in venues like Columbia University (New York), Wayne State University (Detroit) and Naregatsi Arts Institute (Erevan). Her future engagements include Harvard Club of New York and the Jeunesses Musicales Canada tour. She was recorded and later broadcasted on CBC radio. Her CD "Hidden Treasure", recorded at the Yamaha Artist Studio in New York and McGill University includes the unknown works of Armenian composers for violin and piano. Nuné Melik was an invitee artist of multiple musicalfestivals and series such as Montreal Chamber Music Festival, Passion Classica, Musical Armenia, Strad for Lunch (New York), Water Island Festival (St. Thomas) and 1000 violons de Maurienne (France). Among the other venues Nuné Melik has performed at are the Weill Recital Hall at Carnegie Hall, Toronto Arts Center, Merkin Hall of the Lincoln Centre (New York), Bolshoy Hall and International House of Music (Moscow), Palais Mont-Calm (Quebec city) and Salle Claude Champagne (Montreal).

Did he really premiered this composition missing a...
Coloratura forged with fire at its best