Switching from classical to flamenco effortlessly

If you are into classical guitar, and you know anything about Misael Barraza Diaz, you probably already know that he keeps winning international classical guitar competitions at a fascinating (and scary) rate. So far he just got his 10th international first prize and he is not looking to stop there at all.

But still, his passion does not only focuses on the classical guitar. Misael looks at his latino heritage and carries it with pride. Both Classical Guitar and Flamenco Guitar are not easy to play... imagine having to be word class players for both! Here's a small gem for an original flamenco piece by Misael Barraza Diaz. 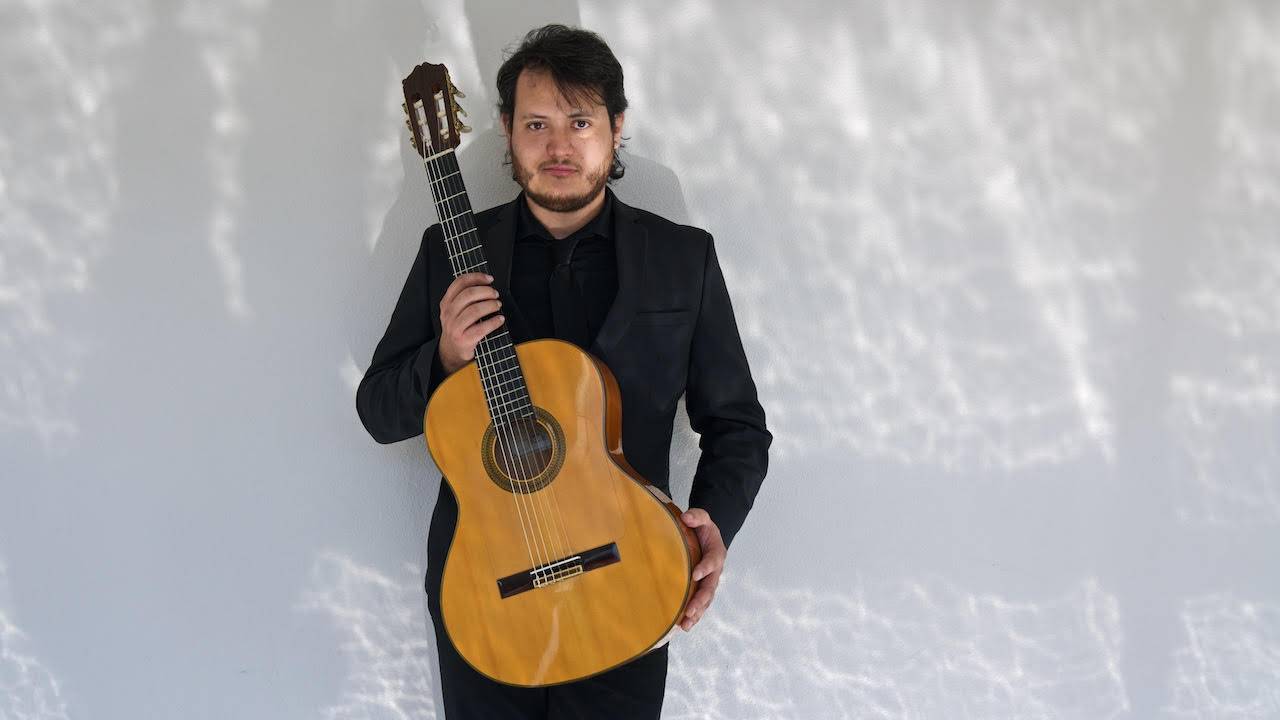 Born in Hermosillo, Sonora, Misael is one of the most outstanding Mexican guitarists of his generation. In 2014, Misael graduated with honors "Summa Cum Lude" from the Master in Guitar Alicante (Spain), a special program where Misael studied with world-class artists such as David Russell, Manuel Barrueco, Ignacio Rodes, Paul O'dette, Hopkinson Smith, Fabio Zanon, Roberto Aussell and Shin Ichi Fukuda. Later that year, the artist obtained a second Master's degree from the University of Arizona (USA), where he now pursues the title of Doctor of Musical Arts under the tutelage of teacher Thomas Patterson, director of the Bolton Guitar Studies program. As part of this program, Mr. Barraza also studies regularly with artists-in-residence and Grammy winners David Russell, Sergio Assad and Odair Assad.

The Mexican artist has performed as a soloist throughout the United States, Mexico, Canada and Europe. During the summer of 2019, Misael was part of the prestigious European tour organized by EuroStrings, with a cast of artists made up only of guitarists who won first places in important competitions in Europe. During this tour, Misael appeared in Montenegro, the Netherlands, Germany, Finland, Estonia, Italy, Spain and London.

During his career at the University of Arizona, Misael has received various awards and honors for his academic and musical performance, such as the Music Advisory Board Graduate Distinguished Award (2020), Creative Achievment Award (2018), Steve Schulman Award (2015, 2016, 2018, 2019, 2020), Northern Trust Distinguished Graduate Student Award (2015), Honors Research Grant (2011), and the Medici Scholars Award (2010, 2011, 2012, 2018). In addition, the artist has been awarded first place in all University of Arizona internal guitar competitions: the Beeston Guitar Competition (7x), Sholin Guitar Competition (6x), Schaeffer Guitar Competition (4x), Wolfe Award Recital and the prestigious David Russell Bach Prize (3x), a contest dedicated purely to the music of Johann Sebastian Bach and in honor of the maestro David Russell that the Mexican artist has won three times (2015, 2018 and 2020).

When you subscribe to the blog, we will send you an e-mail when there are new updates on the site so you wouldn't miss them.

Classical Guitar String Action
ArtSong Colorado: The art in the melodies of a poe...

eMagazine Column Online blogs are a great way to reach your target audience. Articles in a website help the content...

Affiliate System By themselves, our musician services offer a great return. However, we decided to include an even more rewarding...

Concert Agent If you consider yourself a serious classical musician, an Agent must be a part of your career strategy....

Newsletter Service Lately, Newsletter services have become a popular solution for mass emails. Unfortunately these services are always a third...

Concert Stream During the past years, online concerts have become a new trend. Streaming concerts is relatively easy... however this...

Media & Stationary Services Do you need business cards? Maybe you need help funding a CD release... If you answer...

​Many musicians avoid Paganini because of its difficulty and the responsibility it requires. This however is not the case for Nuné Melik. Paganini is one of the most relevant virtuosi composers for vi...

OMG Free Membership $ 0.00
For Life Time
Get Access
Login if you already have an account
Login For Access
Luciano Marazzo
Press Releases News Classical Music From our Mentors

All of us come to moments of truth where we realize that our past does not reflect who we are. Change is not an option: it becomes a responsibility because we have learned that it is time to step...

OMG Free Membership $ 0.00
For Life Time
Get Access
Login if you already have an account
Login For Access
Luciano Marazzo
Press Releases Classical Music From our Mentors

Working with musicians from all over the world has always been a pleasure. I personally met Julio in early 2019 as we organized a concert and master class. The experience was out of this world! Seeing...

Sometimes, in our daily life, we get stuck in normal routines where basic rules are never questioned. But Art will come by sometime and challenge our perception of reality in a subtle way. Are you pay...