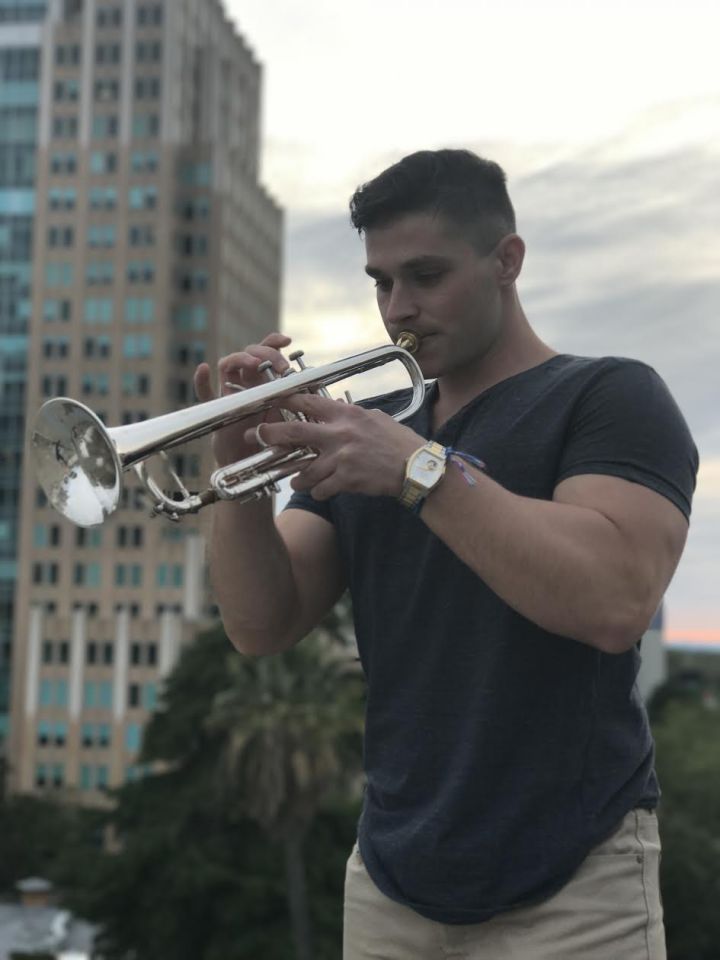 "Somewhere Over the Rainbow" with Igor Fedorov.
Today we get to hear one of my favorite songs played in a beautiful unique way by Igor Fedorov. Igor was inspired to play this version of the original tune by Israel Kamakawiwoʻole, because of the touching lyrics and the freeing and relaxing feel of the ukulele being played. "Somewhere Over the rainbow" has always been a song Igor turns to when his life gets hectic or stressful; or just in need of some time off. He becomes inspired by this song every time he hears it, and because of that he enjoyed recording it that much more. It is always a blessing getting to play something we are passionate or inspired by. Igor's happiness was doubled because his friend joined him by playing the ukulele for this video.
Igor is a 5th year Music Education Major at California State University of Sacramento. He has played the trumpet for over ten years now and has been teaching music for the last five.
Igor is ecstatic with what he is playing and recording. It makes him feel wonderful to be able to inspire other musicians and he hopes to put smiles on many faces just by being able to do what he loves. He gets a lot of positivity from his viewers to keep growing and building, and that plays a big part in helping him keep motivated.
Being able to record his music videos on YouTube has always been a dream of his and having the confidence to do it was the wall that blocked him from doing so; but he broke that wall and has posted many videos so far. He is extremely glad to have passed that hurdle; as are we, because if he had not, we would not get to experience hearing his beautiful trumpet music.
As sweet as Igor and his music is, we wish him the best of the luck in all his musical endeavors. Thank you, Igor, for letting us glimpse into your world today.​ 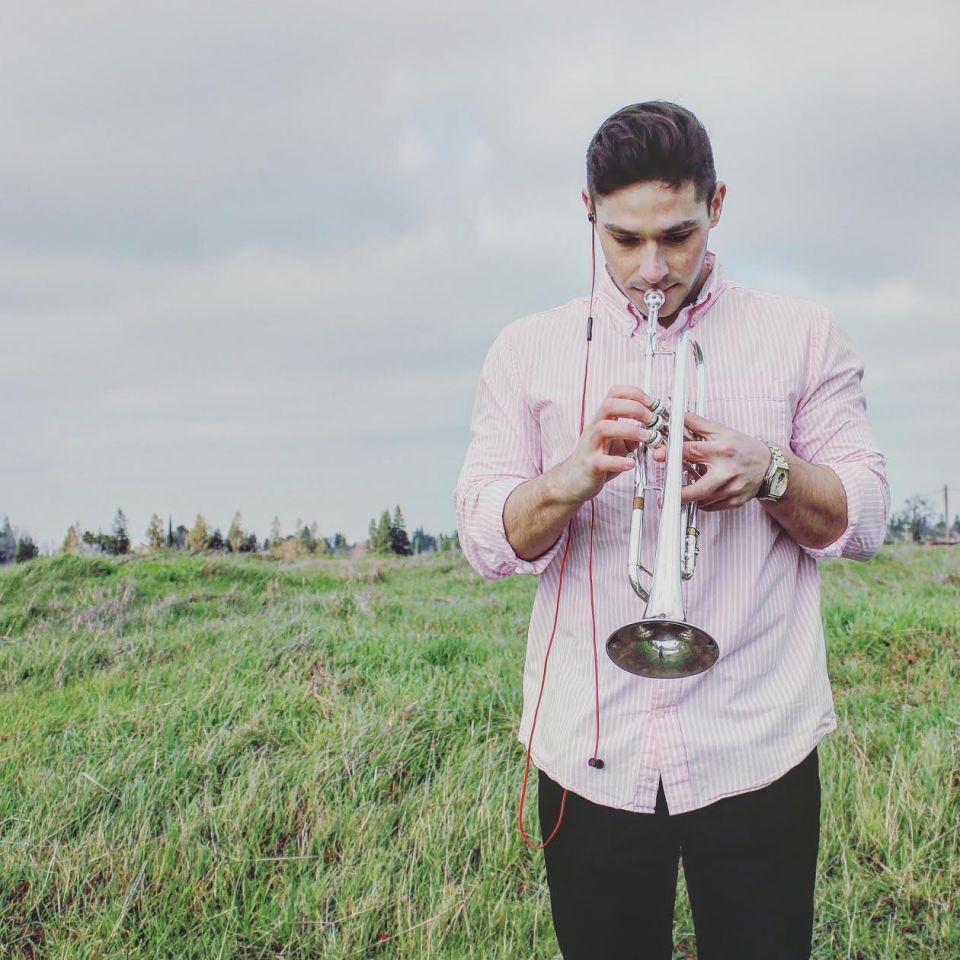 Stop procrastinating and play everywhere every day
The most amazing arrangement made to this spectacu...

(Author did not earn any points yet)

Born and raised in Modesto, California and the great PNW. Grew up on a farm and found a love for animals. Dabbles in painting and many different crafts.

eMagazine Column Having an online blog is a great way to reach your target audience. Articles make it easy for...

Affiliate earnings Generating direct earnings thanks to your work in concerts or lessons is not the only positive thing about...

Concert Agent A concert agent can charge you from 25% to 40% in commissions on the earnings of your work....

Newsletter Service At The Online Music Guild we work to provide opportunities and comforts to our musicians. Lately, many Newsletter...

Concert Stream Streaming concerts is relatively easy... however we developed a service to help you stream concerts so you don't...

Media & Stationary Services The quality of your music is very important, but it is not the only thing to...

Working with musicians from all over the world has always been a pleasure. I personally met Julio in early 2019 as we organized a concert and master class. The experience was out of this world! Seeing...
By Luciano Marazzo
Posted in Press Releases on 24 April 2020

You have to be a member to access this content. Please login and subscribe to a plan if you have not done so. OMG Free Membership ($ 0.00) For Life Time Get Access Login if you already have an account...
By Luciano Marazzo
Posted in Classical Music on 08 February 2019

​Many musicians avoid Paganini because of its difficulty and the responsibility it requires. This however is not the case for Nuné Melik. Paganini is one of the most relevant virtuosi composers for vi...
By Luciano Marazzo
Posted in Press Releases on 14 April 2019

You have to be a member to access this content. Please login and subscribe to a plan if you have not done so. OMG Free Membership ($ 0.00) For Life Time Get Access Login if you already have an account...
By Luciano Marazzo
Posted in Press Releases on 22 April 2018

You have to be a member to access this content. Please login and subscribe to a plan if you have not done so. OMG Free Membership ($ 0.00) For Life Time Get Access Login if you already have an account...
By Luciano Marazzo
Posted in General on 24 April 2020

Sometimes, in our daily life, we get stuck in normal routines where basic rules are never questioned. But Art will come by sometime and challenge our perception of reality in a subtle way. Are you pay...
By Luciano Marazzo
Posted in Press Releases on 04 May 2018

You have to be a member to access this content. Please login and subscribe to a plan if you have not done so. OMG Free Membership ($ 0.00) For Life Time Get Access Login if you already have an account...
By Luciano Marazzo
Posted in Instruments on 13 January 2019

All of us come to moments of truth where we realize that our past does not reflect who we are. Change is not an option: it becomes a responsibility because we have learned that it is time to step...
By Luciano Marazzo
Posted in Press Releases on 09 April 2018

You have to be a member to access this content. Please login and subscribe to a plan if you have not done so. OMG Free Membership ($ 0.00) For Life Time Get Access Login if you already have an account...
By Luciano Marazzo
Posted in Press Releases on 25 April 2018

We have established a professional environment created exclusively for classical music performance and education.

We are absolutely FREE from any corporate or government funding grip... You are most welcome!